It has been 40 years since I first visited the USA and travelled from one coast to the other with a 99$ “travel all you can” Greyhound bus ticket. All the way from NYC, Washington; along Florida, Texas, Mexico; to L.A. and then to Provo, Utah where I worked as an intern with a German scholarship in the State Mental Hospital. After two months I drove with my 200$ Buick to visit a friend in Berkeley and again coast to coast via Chicago with a short visit to Canada, Niagara Falls, back to NYC.

Though that was my longest stay in the USA, I probably saw more of the country than the vast majority of Americans. My mother attended the University of Michigan in  Ann Arbor in the thirties. I grew up with “yippy ti ki ye, get along little dogies” and with “row row row your boat “and later found Mad magazine and Playboy on my own. After all these years I still read Mad, but with a fair bit of “old-timers’ disease” now, am not sure anymore what I did with Playboy : Oh, I remember: one said, you bought it “for the articles”.

After 40 years I  made a larger road trip from New Jersey, where my two grandchildren live, to Florida and back. I stayed in Key West for a few days and visited friends in Pensacola and  the Smithsonians in DC. I feel, I should try to give back some of what I have learned from this beautiful country, where I sent my kids to college.

The value of U.S.dollar has changed; you used to pay 8$ to 12$ for a motel room in early 70’s; it is almost tenfold now. The gasoline, compared to many a European country, is cheap; in Turkey we pay around 9.50$ for a gallon. The agricultural countryside along the highways is impressive , vast and mindblowing.   The U.S. has been farming intensively for about a few hundred years; where I come from, in Turkey, (with at present over twice as much population density), farming has been done for 9000 years.

The title is of face value. Purslane grows almost everywhere wildly , it can be cultivated. I have seen it in New Jersey  and on the lawn of The Mall in DC: You have a lot of antoxidants in Purslane, or as some call it Portulac.  It is a star among vegetables and yet treated as weed in US. You can eat it raw, as a salad, cook it with rice or fry an egg over it. Local cardiologists are surely aware for it, but maybe a movie star could help to make it more popular;  one doesnt find it in supermarkets.

So during the road trip thinking of  “cabbages and kings” , O.Henry, Mark Twain, whistleblowers and drone executions I thought the best I could do is to lobby for purslane. 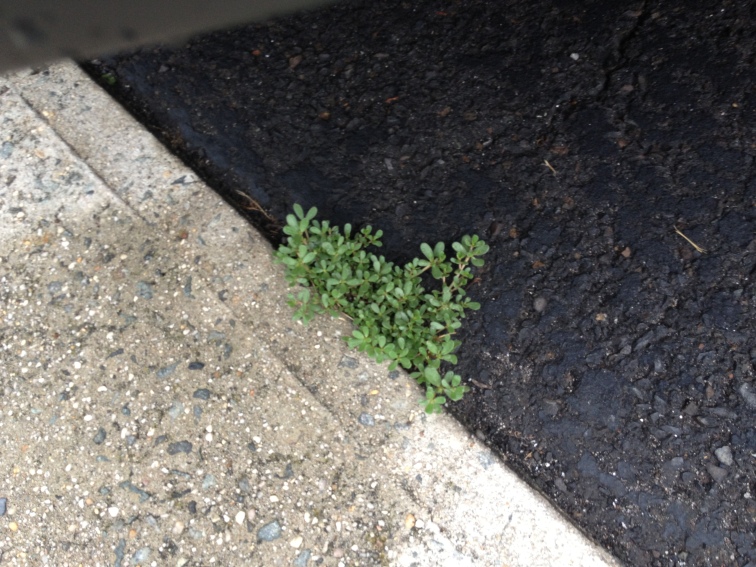